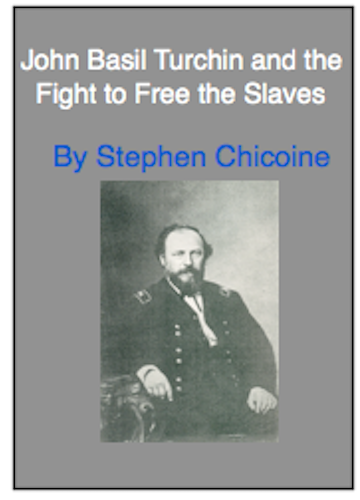 JOHN BASIL TURCHIN WAS A LEADER OF MEN AND A BRILLIANT TACTICIAN,
WHOSE IMPORTANT ROLE IN THE CIVIL WAR WAS OVERLOOKED.

What was remembered of John Basil Turchin
was a result of the libel and slander of Southerners as part of the Lost Cause myth.

Ivan Vasilyevich Turchaninov was a young intellectual, who espoused democracy. He left the oppressive system of Czarist Russia to come to America. When the American Civil War broke out, he raised a regiment and went off to war. He was among those who radicalized the war – transforming it from a purely military effort to preserve the Union into a crusade to free the slaves. In this way, Turchin helped to free American democracy of the hypocrisy of human bondage.

JOHN BASIL TURCHIN AND THE FIGHT TO FREE THE SLAVES highlights the life and illustrious military career of a Russian immigrant who served as general in the Union Army during the American Civil War. The book is in the collections of most major city and major university libraries in the United States. It is also in the holdings of the British Library and other libraries in the UK, Australia, New Zealand and Canada, as well as in Germany, China and Japan.

Early in the Civil War, Union officers were split as to how to conduct the war and also how to handle the matter of what they referred to as contraband; i.e., fugitive slaves. It was the intention of some of the leading generals, including McClellan and Buell, that the war be prosecuted in such a way as to not alienate the rebels – even when partisan tactics were taking lives. Turchin was an experienced warrior with formal training in the Imperial Russian Army and combat experience in the Crimean Peninsula. He knew only one way to wage war. There was also the matter of fugitive slaves. Turchin, in need of scouts and intelligence, turned to slaves. He and his men had little interest in accommodating slave chasers pursuing the fugitives on behalf of the wealthy planters, who had led the rebellion.

Matters came to a head in early 1862, when Confederate cavalry supported by partisans surprised Turchin’s force. The Union soldiers responded by sacking the town after driving off the cavalry. Buell had Turchin court-martialed. His trial became a focal point for Northern debate on the conduct of the war and the issue of slavery.

Turchin took advantage of his exposure during the trial to express his position to the nation. His reinstatement by Lincoln in the aftermath of the court-martial and his promotion to brigadier general signaled that the administration was beginning to take a stronger position. The Emancipation Proclamation, delivered by Lincoln shortly thereafter, transformed the war into a crusade to free the slaves. John Basil Turchin returned to the field and played significant roles on the battlefields of Chickamauga and Missionary Ridge. excerpts from the book

The more lenient we are to secessionists, the bolder they become
and if we do not prosecute this war with vigor,
using all the means we possess against the enemy, including the emancipation of the slaves,
the ruin of the country is inevitable. The problem before us is grand. Universal freedom is at stake –
John Basil Turchin, July 30, 1862 (over one month before Lincoln’s Emancipation)

JOHN BASIL TURCHIN AND THE FIGHT TO FREE THE SLAVES
gives Turchin the historical standing that he earned and deserves.

This book was the basis of a play written for the sesquicentennial observance of the Civil War in the state of Alabama.

A Russian magazine featured Steve Chicoine and his Turchin book in 2012.

Chicoine’s extensive research material on Turchin is archived at the Ukrainian National Museum of Chicago. 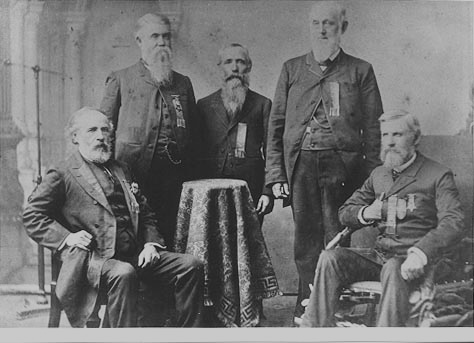 General Turchin on the far left