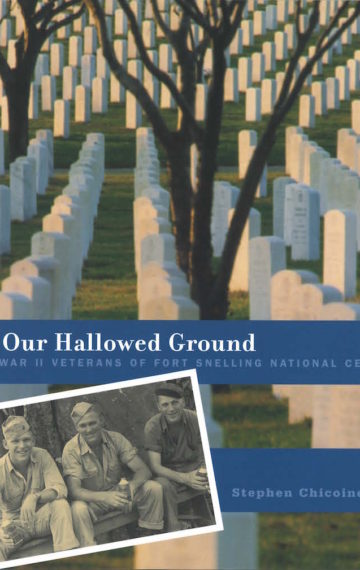 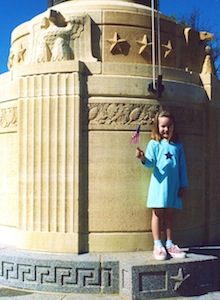 A moving book and especially apropos now. No matter what side you take on the war in Iraq . Chicoine, the executive director of Twin Cities Urban Reconciliation Network, profiles more than 90 soldiers — men and women — who are buried at Fort Snelling . Each ends with the numbered grave site, should you want to go and pay your respects. It’s not the sort of book one reads at one sitting, but it’s worth revisiting. Again and again.

Author uncovers stories about soldiers who may otherwise be forgotten

No headlines marked Bernard Pepper’s passing more than 50 years ago. Most people who visit the cemetery today will stroll right past his grave, without any idea of who he was or what he did for his nation. But it’s the stories of soldiers like Pepper that have become a life’s work for Steve Chicoine, an author and historian from Eden Prairie. Chicoine’s book, “Our Hallowed Ground,” published in 2005 by the University of Minnesota Press, recounts the stories of 87 World War II veterans who are buried at the Fort Snelling cemetery. The book profiles both men and women, and members of all branches of the service. “You don’t have to go to Arlington Cemetery or Washington, D.C,” says Chicoine. “We have a shrine to democracy right here.” “Our Hallowed Ground” opens with profiles of Seaman Second Class Ambrose Domagall (Section R, grave site 800) and Coxswain Karl Lasch (Section R, grave site 3252), both of St. Paul. They were on board the destroyer USS Ward early on Dec. 7, 1941, when it fired America ‘s first shots of the war at Pearl Harbor. The book closes with Army Sgt. George Tadashi Tani (Section 6-C, grave 799), a Japanese-American and later a Twin Cities physician, who visited Hiroshima in 1945 and was reunited with his two sisters while in Japan. Chicoine is particularly drawn to the soldiers who have no family left to treasure their memory. “They died at 19 or 20, with no wife, no children,” he says. “At most, they have a nephew who lives in California or Alabama. People lose touch.” Chicoine wants to honor the sacrifice of all, and preserve their legacy. “Our Hallowed Ground” is the fruit of Chicoine’s unique modus operandi: a combination of hunches, military knowledge and tenacious sleuthing.

Pepper’s story is typical. Chicoine noticed Pepper’s grave in 2003. “I saw that he had served in World War II, but died in Korea.” he said. “I 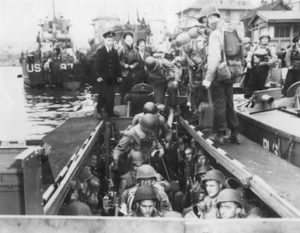 just had an intuition that his might be a good story.” Chicoine added Pepper to the long list of veterans whose lives and service records he was piecing together. He searched in vain for Pepper’s family members, pored over old, nearly illegible microfilm rolls at the Minnesota Historical Society, and sought out veterans’ groups and websites that might offer clues. Slowly, facts began to emerge. Chicoine discovered that Pepper had fought at D-Day, and ran across a reference to him in a former Army Ranger’s autobiography. He used unit histories to follow Pepper’s path after D-Day. Chicoine was elated when the special- collections librarian at the Minneapolis Public Library managed to track down a photograph of Pepper. So who was Pepper? “He was a big guy, a tough guy — 6 feet tall, 220 pounds,” says Chicoine. “He was a shipping clerk who volunteered for Ranger training in 1942. He led a company of the Army’s Fifth Ranger Battalion ashore at Normandy on D-Day, and was awarded the Silver Star for gallantry in action that day.” Pepper was wounded at the bloody battle for Brest in France. In February 1945, his company fought what was supposed to be a two-day holding action but became a desperate nine-day struggle to survive. His battalion suffered 47 percent casualties. “Pepper cheated death all through Europe, and probably deserves a bucketful of medals,” said Chicoine, “After the war, he volunteered for service in Korea . He finally gave his life for his country on September 22, 1950, as the U.S. Eighth Army drove the North Koreans out of the Naktong Perimeter.”

Chicoine advises all Minnesotans to “adopt” a grave at Fort Snelling Cemetery . “If these soldiers could go halfway around the world to serve their country,” he says, “we should be able to go halfway across town to plant a flag on their grave.” Chicoine did much more than that with his exhaustive research for “Our Hallowed Ground.” “Sometimes my editor would say, “We’ve got to cut this guy out. We don’t have enough about him,’ ” says Chicoine. “But I said, ‘No, I’ve visited his grave; I’ve got to keep pursuing this. I feel like he’s a friend.'”

For most who serve in combat, war is a personal experience and no two people come away with an identical ‘picture’. Stephen Chicoine has blended the unique experience of the many to effectively paint a landscape reaching from the British Isles to Africa, from the South Pacific to D-Day, and encompassing the entire war from Pearl Harbor to V-J Day. A most interesting read.

It would be nearly impossible to write about all the veterans buried at Fort Snelling National Cemetery, but Our Hallowed Ground honors the memory of each of the men and women who now rest there in peace.

Our Hallowed Ground is a reminder of the service and sacrifice of thousands of young men and women who defended our nation with valor in World War II. These stories should motivate all of us to visit Fort Snelling National Cemetery to pay our respects to ‘the Greatest Generation”.

Review by Brent Ashabranner, World War II veteran and author of more than forty books, including Always to Remember: The Story of the Vietnam Veterans Memorial

Our Hallowed Ground is a splendid book. It is full of moving stories and important World War II history … I am proud to be mentioned in your book.

Review by Noel Allard, Cold War veteran and chairman of the Minnesota Aviation Hall of Fame

Wonderful book. I read every biography. As a Minnesota historian, I am very happy that you have focused on a group of heroic Minnesotans and made known their contributions to our heritage. I can see that the research was a labor of love. As a veteran, I’m proud that some of my fellow servicemen are honored for the giving they did. 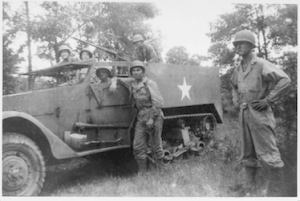 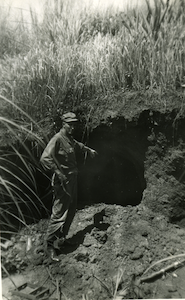