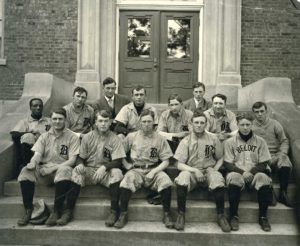 Bert Gallia is a long-forgotten baseball phenomenon. The Woodsboro, Texas native came out of nowhere after striking out the legendary Ty Cobb in an exhibition baseball game. That notice earned him a shot at the big leagues. Gallia, for a time, was the #2 pitcher on the Washington Senators behind Hall of Fame pitcher Walter Johnson. He faced Ty Cobb, Babe Ruth, Tris Speaker and many other legendary players in the big leagues. When his career in the majors ended, Gallia returned home and became a dominating force in Texas town ball. His baseball career covers two magical eras. He was a long-time Woodsboro resident and a friend of Harry Cummins Jr., my father-in-law. Gallia’s story is as magical as any that every hit the silver screen – The Natural (Robert Redford), Bull Durham (Kevin Costner), Field of Dreams (Kevin Costner) and Eight Men Out (Charlie Sheen and John Cusack). 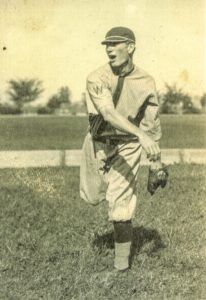